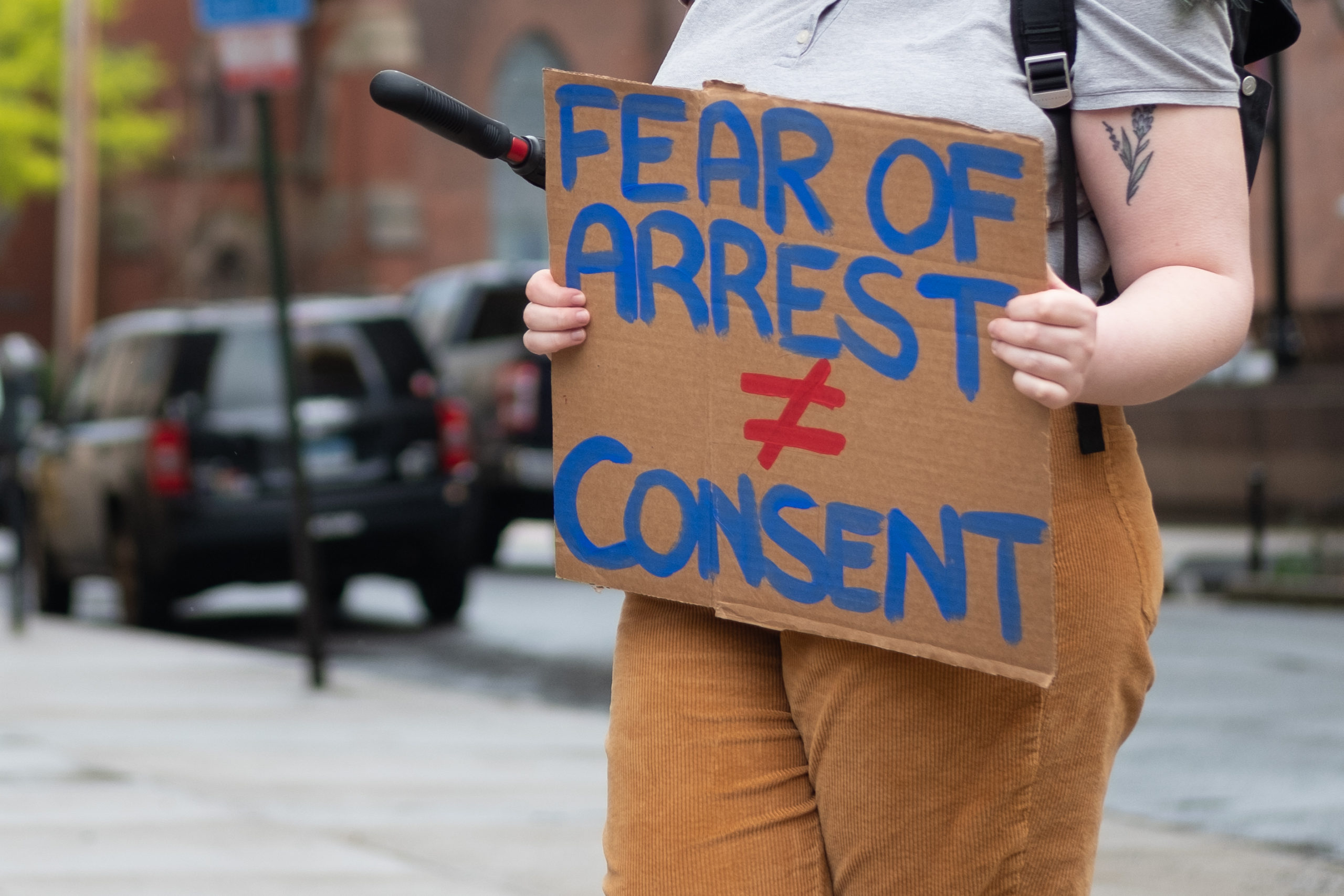 Those details—and many more—are included in 101 pages worth of New Haven Police Department Internal Affairs (IA) reports, background checks, police commission minutes, state applications, and other internal emails obtained by the New Haven Independent this week through a Freedom of Information Act request.

Gamarra resigned from the force after admitting to the acts, which he described as consensual. Now he’s seeking to have the resignation rescinded and to get his badge back. The police chief, meanwhile, is seeking to have the state bar Gamarra from ever serving as a police officer in Connecticut again. And the state’s attorney’s office has decided there isn’t enough evidence to pursue a criminal case against Gamarra.

The newly released documents offer the first detailed public view into what city detectives uncovered over the course of two separate, parallel and often interlocking investigations into one of their own.

We stand for decriminalization of sex work, abolition of the unjust criminal system, and dignity for all.

DO NOT CONTACT THIS ORGANIZATION TO SOLICT SEX or you will immediately be banned.